The Gibson J-160E was one of the first acoustic-electric guitars that Gibson produced and borrowed its design heavily from the J-45. This model saw significant use with John Lennon and George Harrison. Harrison famously used it on every Beatles album. Other notable players include Sam "Lightnin'" Hopkins, Elvis Costello, and Barry Gibb of the Bee Gee's.

1954 was the first year of production and the only year to feature a solid Spruce top and 19 frets. Later years had a laminate Spruce top with 20 frets. The guitar has a P-90 pickup with adjustable pole pieces mounted flush against the fingerboard. This actually led to the instrument being 15 frets clear of the body, instead of 14, and the instrument having ladder bracing instead of x-bracing.

We compared this instrument against our 1955 Southern Jumbo and 1951 J-45 to see where it stands. It has its own unique acoustic sound that isn't quite a J-45 but is still one of the better ladder braced instruments that we've seen. Pair that with a vintage Gibson P-90 and you have an unbeatable tone machine that sounds incredible plugged into one of our three 1960's Vox AC-30 amplifiers. 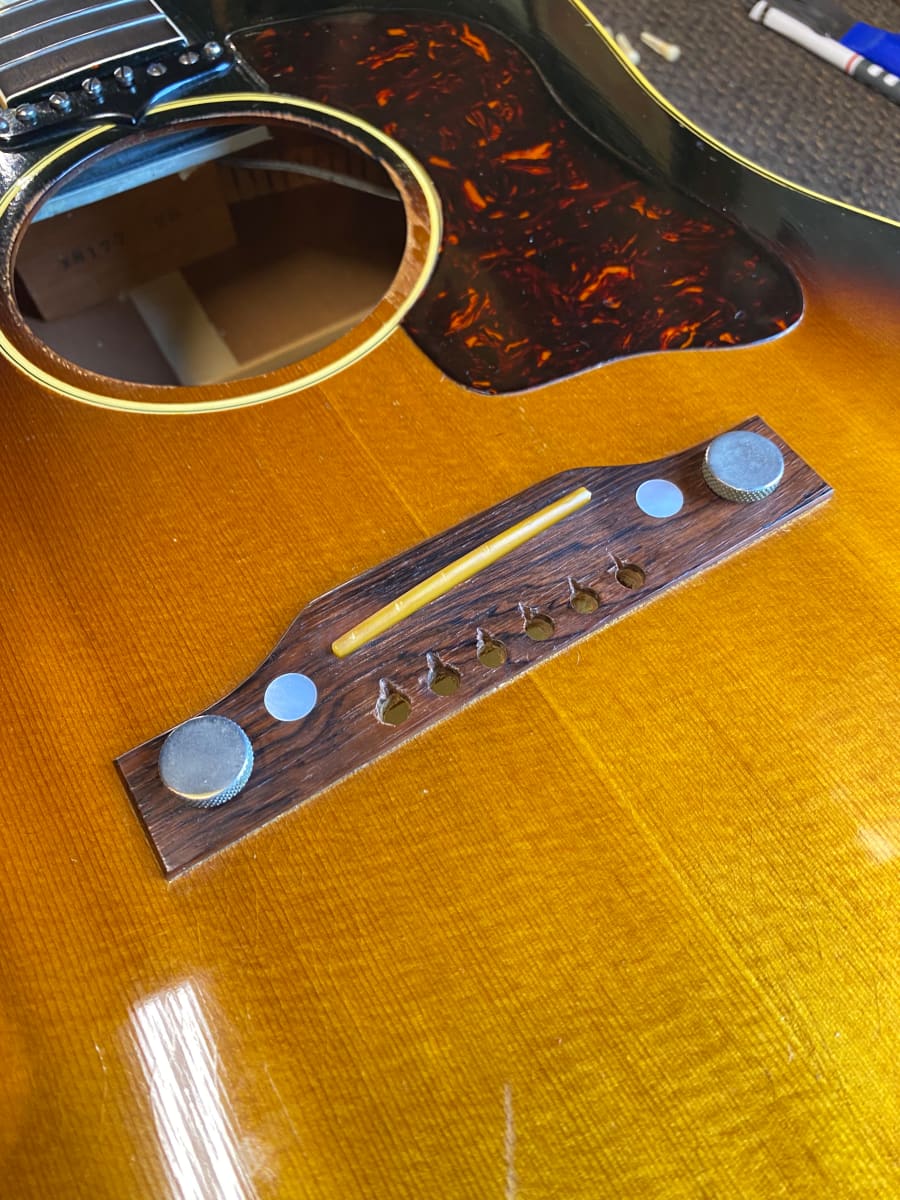 If you are familiar with Gibson acoustics, you've probably heard of the adjustable saddle. This predates the ceramic and rosewood saddles with built in adjustment screws.

The Brazilian Rosewood bridge is built thin and has two oversize pearloid dots and a ferrule on each wing. Inside the instrument is a maple block with a tall bone saddle fit into it, two indexing holes, and two threaded inserts. Tighten the thumb wheel to bring the block closer to the top and raise the height of the saddle but loosen it and you will push the block and lower the saddle. 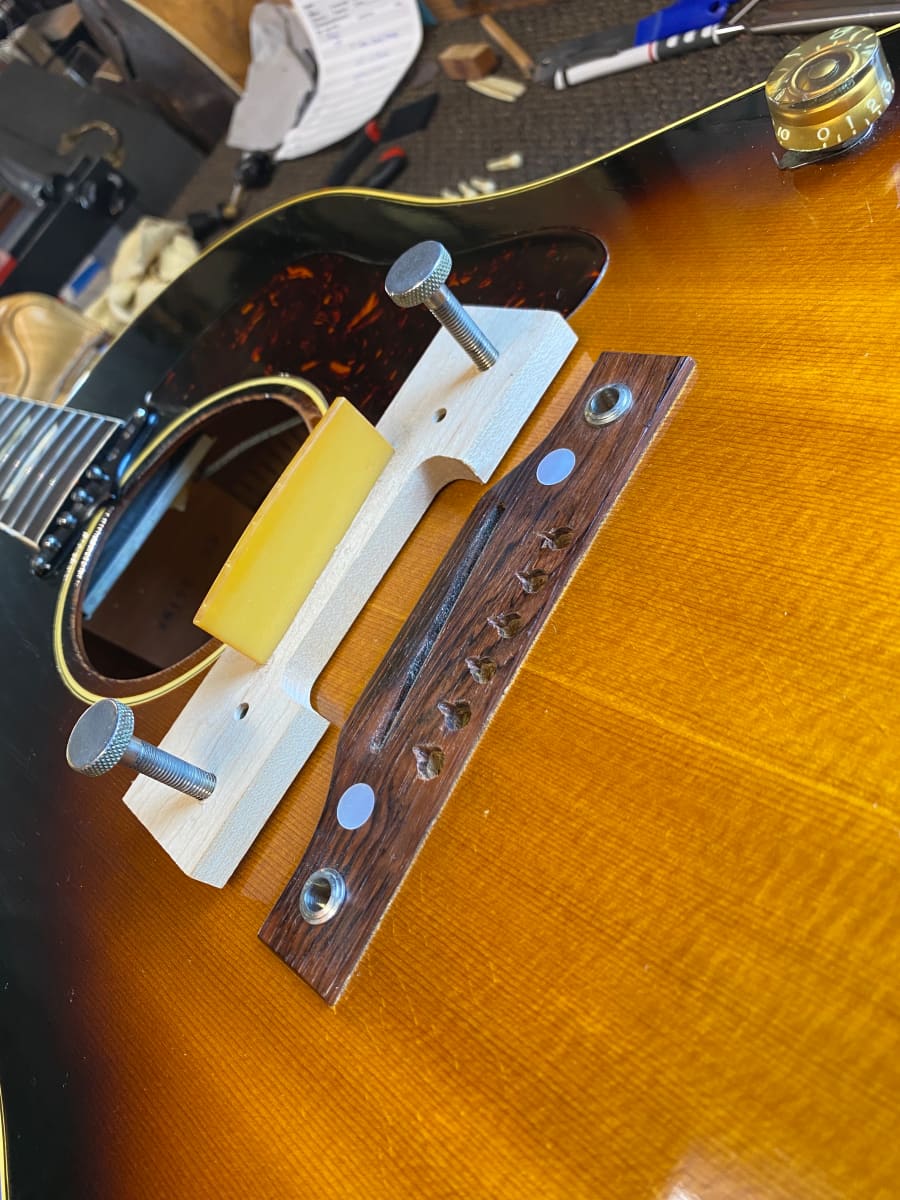